Last year, McDonald’s Shrek Forever After drinking glasses received a lot of publicity after 12 million were recalled for being contaminated with cadmium-based paint. 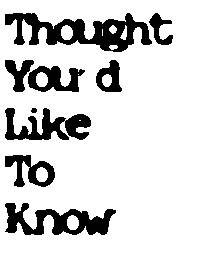 Cadmium, a heavy metal, is much more toxic than lead. But because lead products and lead-based paint have been banned, manufacturers are getting more creative and toxic with the heavy metals they can legally put in their cheap paint and jewelry – like the inclusion of cadmium. (Before the Federal Hazardous Substances Act banned the use of lead-based paint in 1977, lead was commonly used. Lead continued to be used, particularly in painted toys, costume jewelry, and some metal toys, until the Consumer Product Safety Improvement Act of 2008 passed, banning lead from children’s products.)

What does cadmium do to a human?
Cadmium builds as a body burden and accumulates in a person’s kidneys – overexposure to cadmium can lead to renal dysfunction. 1 It also is suspected to contribute to osteoporosis and is classified as a possible human carcinogen. Additionally, people with iron deficiencies tend to accumulate more cadmium.

The good news is that it’s estimated that only one percent of adults might be affected by cadmium exposure. 2

How can you avoid cadmium?
The best way to avoid cadmium contamination is to stop smoking – cadmium is part of tobacco smoke. (Just one more reason to kick the habit!) Smokers have four to five times the amount of cadmium in their bodies compared to non-smokers.

If you’re an artist, watch the content of cadmium in the pigments and paints you use.

Parents should be very careful about not letting their children play with cheap costume jewelry – cadmium isn’t regulated in children’s jewelry, as evidenced in 2010 when 55,000 metal necklaces were recalled from Walmart and Claire’s.3

Cadmium poses a threat because it leaches off of a product onto children’s hands. When the children put their hands in their mouths, they swallow the metal. The heavy metal stays in human bodies and is a carcinogen; it harms brain development in small children and also increases the risk of kidney disease and reproductive problems.4

The best way to avoid cadmium poisoning in children is to avoid any cheap metal or plastic costume jewelry. If children already own cheap jewelry, parents should take it away. And, new cheap jewelry shouldn’t be given. Is that tough for little girls who love playing dress up? Of course. But their health and safety is more important than toxic jewelry.5